In contrast, the new Facebook Ads campaign structure consists of three different levels, including: ads, campaigns and ad sets. However, the main difference between the current and new Facebook advertising campaign structures is that there are now ad sets, which allow you to group ads from your Facebook campaigns into one or more ad sets, so that you can control the spend, budget and campaign time frame for these ads within the ad set and also turn on or off these ad sets within your advertising campaigns. 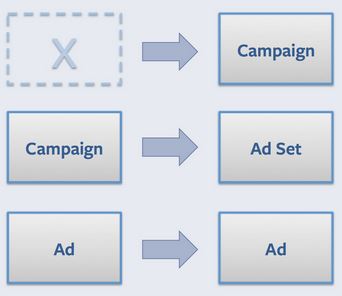 1.   Ads– will continue to define creative, audience and bidding.

2.   Campaign– more powerful consisting of one or more ad sets

3.   Ad Sets– will have the same features campaigns had in the old Facebook Ads campaign structure.

1.   Organize Your Campaigns Into Objectives

Existing FB Ads Will Not Be Affected

Moreover, when the new ad campaign system is rolled out on March 4, 2014 it will be migrated to all of your current Facebook Ads campaigns in your Ad Manager account. Thus, your existing Facebook Ads campaigns will not be affected by these new changes in the structure of Facebook Ads. And neither will the delivery, spend, or performance in your existing Facebook advertising campaigns. The only two key differences of the new Facebook Ads system, following the migration are: you will be able to group your current related ads and ad campaigns into ad sets and you will also be able to generate detailed reports at all levels of the Facebook advertising system, including: ads, campaigns and ad sets. However, Facebook recommends that you should modify your custom report settings as necessary. Moreover, make sure you take note of the structural changes to the Facebook Ads system before you create any new ads or ad campaigns after the new system is completely rolled out on March 4.

1.  Campaigns will be based on the objectives you specify and all its ad sets and ads will match that objective.

2.  Campaigns must have one or more ad sets.

4.  Reporting will be available for all campaigns, ad sets, and ads.

Decide on your objectives and then create one objective per campaign (i.e. Clicks to website, Page Likes, etc.) so you can optimize delivery, manage your spend, get the right reports, and maximize results for each objective.

An ad set should contain ads targeting the same campaign audience segment (i.e. Males; 18-24 on iOS devices) so you can easily compare and optimize audiences by adjusting schedules, budgets, or turning on or off ad sets.

Multiple ads should be created in each ad set so the Facebook Ads system can optimize for variations in placement (i.e. News Feed vs. Right Hand Side (RHS) ); images; video; text; or destination.

Clearly Facebook has made some fairly significant structural changes to the current two level Facebook Ads system, which are meant to help advertisers and business owners organize and scale their ad campaigns in a more efficient way via ad sets and increased reporting features at all levels of the Facebook Ads system. Thus, if these structural changes to the current Facebook Advertising system are tested and implemented in an extensive and thorough manner, than these changes will likely be welcomed with open arms by all Facebook Ads users globally. Nonetheless, although Facebook Ads new structural campaign changes might be a little difficult for some less experienced Facebook Ads users to pick up at first; in the long run they will make the Facebook Advertising system much more robust, efficient and cost effective. 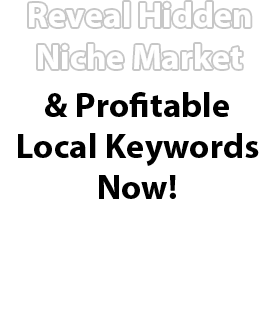 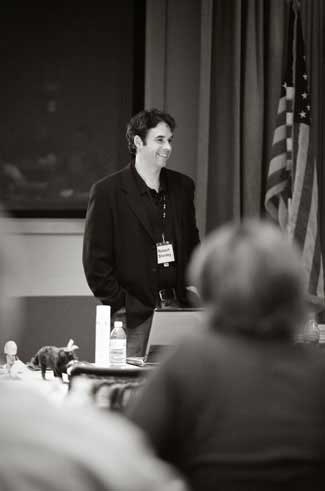